My wife was in Phoenix recently visiting her parents. She sent me this email (she has a Macbook):

So I was printing out my boarding card… I plugged dad’s printer into my computer… and he said “oh, oh you will need a driver” and I replied “really???, well let me try.”

I checked my control panel, saw the printer, and printed, VOILA!… my dad looked slightly impressed and asked a few questions (wink, I think I won that round).

I absolutely loved reading this. It totally reminded me of those Apple “Switch” ads. Apple could start using those again, today, and they would still be relevant.

When Apple first announced that they were moving all of their displays to glossy, I was, in a word, horrified. I’ve always preferred the matte displays and I didn’t like this move at all.

When Apple announced the new 17″ Macbook Pro at Macworld 2009, they said we would actually still have the choice on this model to go with glossy (default) or matte finish (now called “anti-glare”). I jumped for joy because I buy the 17″ model anyway, so this meant I could keep using the matte display.

While I was at Macworld I had a chance to view both screens side-by-side, and even though I’ve always preferred matte, I’m not so sure I like it on the new model. The picture above doesn’t really do either justice, but I can tell you that in person, the glossy looked so much better. It actually wasn’t so much that the glossy looked good, but rather the matte looked bad. At first I thought the brightness on the matte model was turned way down, but it wasn’t. The new matte display is just dim, and rather flat. Even though Apple offers the 17″ model in matte, I may be forced to go with glossy.

One caveat to this is, the Apple guy on the show floor said these were “pre-production” models. They could actually change when they start to ship at the end of January. I’ll hold my final review until I see them in the Apple store.

On a related note, Macworld has an article about a company that will physically swap a matte display for the glossy one in 15″ models.

Back in October I wrote a post about how you could save over $500 by buying 3rd party RAM instead of buying Apple’s incredibly overpriced RAM. That was good advise for the previous generation of Macbooks and Macbooks Pros, but it may not be the best thing to do for the new (late 2008) Aluminum Macbooks / Pros.

According to this article at TUAW, A lot of people are experiencing significant problems after attempting to use 3rd party RAM with the new laptops. It’s worth checking out if you’re about to buy one of the new machines.

Fortunately, when Apple introduced these new Aluminum models, they also dropped the price of their own RAM by several hundred dollars. It’s not so painful to just by the RAM from Apple now.

Apple has posted a Quick Tip video on optimizing battery performance of your Macbook or Macbook Pro. 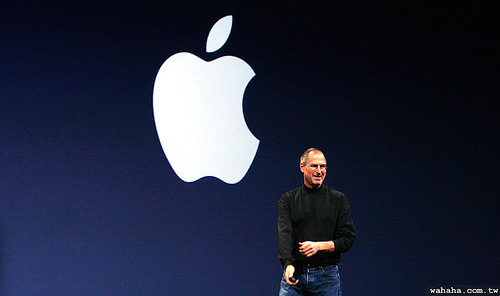 We’re only a couple of days from the Macworld 2008 keynote so I thought it was about time to post my predictions. After all, what’s Macworld without predictions?

As we all know by now, the banners that went up over at Moscone Center read, “There’s something in the air”. Like most people, the first thing I asked myself when I saw this was, what’s in the air?

Now, this might sound kind of crazy, but the first thing that jumped into my mind was, “Spring is in the air” (ya, I know, it’s still Winter). And, what happens in spring… people get out and do things. In other words, they become more mobile. Follow me so far? I know it’s a bit of a stretch, but that banner could mean that this keynote will be all about mobility. I do have one other interpretation that I’ll cover later in the post.

Banner interpretations aside, here’s my predictions…

Like everyone else, I’m pretty confident that Apple will be releasing a sub-notebook computer. Laptops account for most of Apple’s computer sales, and I think they’ll be doing everything they can to continue that trend. It’s also entirely possible that this new machine will have an optional docking station, suggested by the patent recently awarded to Apple.

Many people seem to think that this new Macbook Mini will be 13 inches wide, but ultra thin. I personally think that’s just too big. I’m betting that it will be somewhere between 8 and 10 inches wide. I would doubt it would be bigger unless Apple plans on discontinuing the Macbook.

Originally I wasn’t convinced that Apple would be doing anything to the Macbook. But, I was reading a prediction on another site (I can’t remember which one) that talked about the Macbook being incased in Aluminum. That actually makes total sense. After all, Apple seems to be purging white plastic from their lineup. The iMac recently went through this transformation, as did the iPod, iPod shuffle, and iPod nano. I think it’s entirely possible that Apple will apply this new look to the Macbook as well. I would also like to see them give the Macbook the new backlit LED displays, like the ones being used in the 15″ Macbook Pros, but I’m not sure if that will happen. Another point in favor of this prediction is aluminum cases are better on the environment than molded plastic, and Apple has been trying to become more environmentally responsible.

On a quick side note, I think it’s a bit ironic that Apple still uses the iconic white iPod in it’s advertising, even though Apple no longer sells a white iPod.

I think we’ll be seeing new Macbook Pros as well, mostly because the current design has been around for quite some time now. I think one of the biggest changes will be in the keyboard. Apple has made their Macbook and standalone keyboard use very similar keys and there’s no reason for them not to transition the Macbook Pro to this same style as well. I also think there’s an outside chance that Apple will introduce a new 20″ model.

I think most people are in agreement that this will happen. As with TV shows and movies for purchase it will be a handful of studios to start, adding more later.

I think we’ll see a major upgrade to the Apple TV. Or, it may get dropped all together. My other interpretation of the banners hanging at Moscone relate to this, so I’ll address it later in this post. If the Apple TV does get upgraded, I’m not sure if it will reach a true DVR status, but it will definitely be able to interact directly with the iTunes store (and new rental service) without requiring a computer or iTunes (but it will still pull from those if available).

Not much to say about this. Mostly bug fixes and slight enhancements. But, I think it will finally allow Time Machine backups to Airport attached storage (probably with a software update for the Airport base station as well).

I don’t think they’ll be anything radically different, but they will incorporate a built-in iSight. I think it’s also possible that Apple will begin offering an option for the glossy display, since according to Steve Jobs, everybody loves those. I would like to see them get the new backlit LED technology, but everything I’ve heard says that’s still too expensive for larger screens.

So, I mentioned that I had another interpretation for, “There’s something in the air”. TV is in the air… as in the broadcast signal. My breakout prediction is that Apple drops the Apple TV in favor of, well… an Apple TV… I mean a real TV. The kind you watch.

Before you call me crazy, consider one thing… by February 17th, 2009 all US TV stations will cease to broadcast analog TV signals in favor of digital TV (DTV). 2008 and 2009 are going to be huge years for TV sales. Apple, along with most computer makers, have been tryng for years to get from your office into your living room. It makes a lot of sense for Apple to capitalize on this surge in TV sales to break into the market. The current version of the Apple TV was just a stepping stone… a way to test the market. Now they’re ready to bring out the real thing.

It goes without saying that the new Apple TV will have full access to the iTunes store, and its new movie rental service, in addition to broadcast television.

Think this sounds crazy? Netflix, the king of online DVD rentals, would disagree. They are basically trying to do the same thing. They’re in talks with TV manufactures to incorporate their movie on demand service directly into TVs.

Now, Apple could follow the Netflix model and try to get TV manufacturers to connect to iTunes, but we all know how Apple likes to control the hardware too, so I personally think it makes total sense for them to make their own TV.

Well, those are my predictions. We’ll see on Tuesday what really comes out. Unfortunately I have a meeting Tuesday morning, so won’t know until later that morning how close I was.