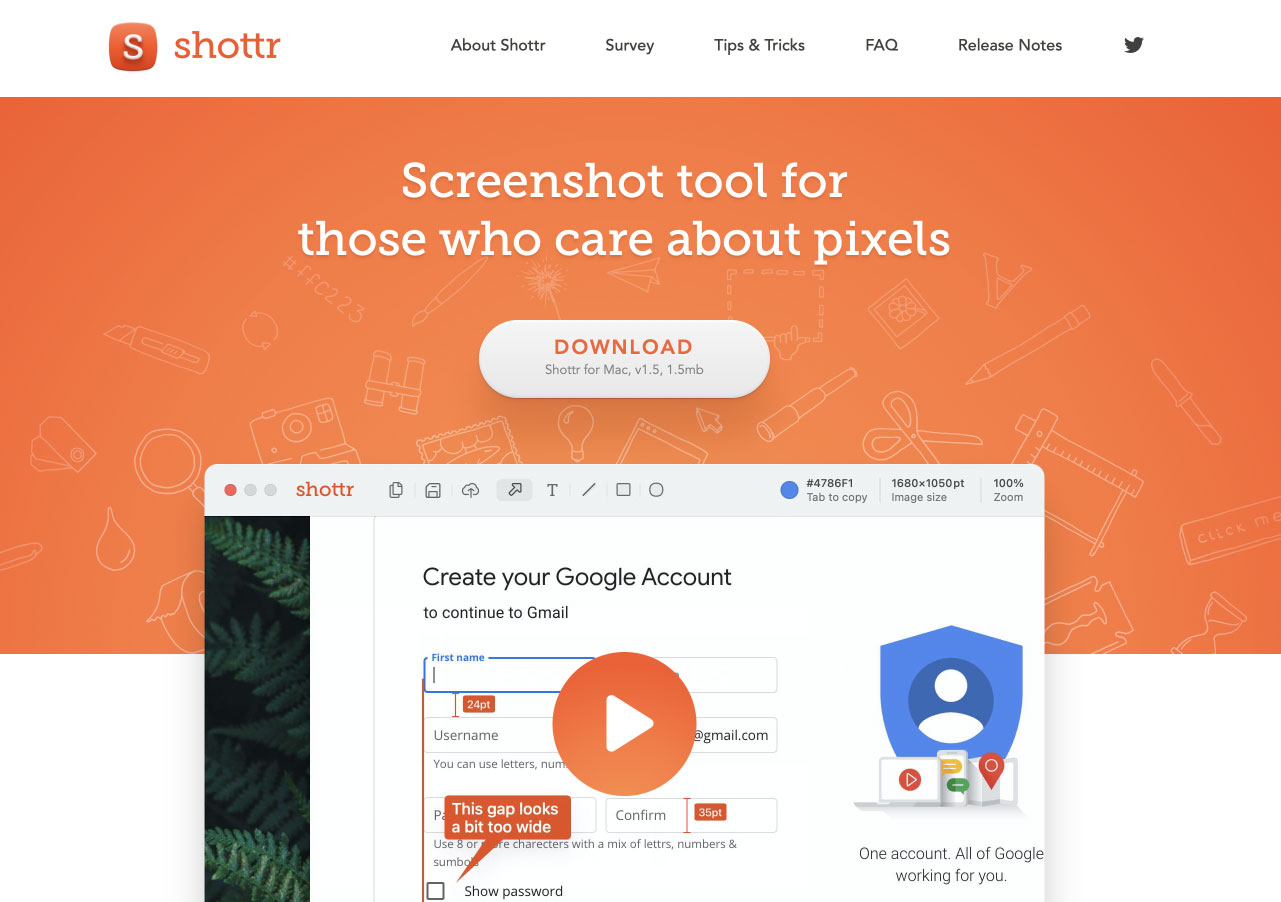 Shottr is quite possibly the best screenshot software for the Mac I’ve ever used! I can’t say enough about how much I like this app. It’s obviously built by people who care about quality.

“Shottr is a small, fast, human-sized screenshot app built for those who care about pixels. It was crafted with Swift, optimized for M1, and is completely free at the moment.”

Scrolling screenshots, rulers, text recognition (OCR), and a color picker are just a few of its many features. You can even vote on what features they add next directly on the homepage. Go grab a copy while it’s still free. I have it, but I’m totally willing to pay for this kind of high-quality and extremely useful software. If the Shottr folks happen to come across this post, please don’t follow the trend of making it a subscription. Single purchase, family licensing, paid upgrades are all fine — I just can’t take another subscription. 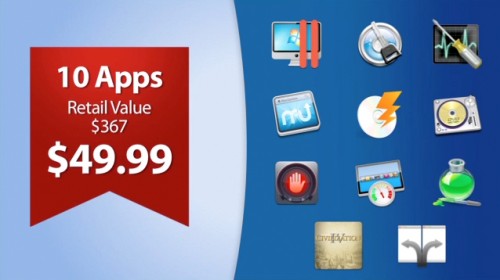 MacUpdate is running a bundle promotion where you can can 11 mac apps for just $49.99 (a $381 value). These bundle promotions come and go on a variety of sites, and more often than not the included apps are just OK. But, this one has some nice apps including, Parallels, 1Password, TechTool Pro. Check the site for the complete list.

It should be noted that the version of Techtool Pro included in the bundle is 5. The current version of the app is 6, so you’ll need to spend an additional $40 for the upgrade if that’s an important app to you.

In terms of task management, I’ve been a very happy user of, Things, on both the Mac and my iPhone since the software first came out. I haven’t had any plans to switch apps, but today I noticed a todo app called, Wunderlist, that Apple is featuring as this week’s, iPhone app of the week. I decided to take a look, and I have to say I’m pretty impressed.

I’m not sure if I’m quite ready to ditch Things, but over-the-air syncing is a huge deal for me. It’s been my only real complaint about Things – and it pains me every time I have to remember to launch the app on both my Mac and iPhone while I’m on my local network so they’ll sync up.

Whether you’ve already picked a task-management solution or not, Wunderlist is definately worth a look – especially if you’re on multiple platforms.

On a side-note to this, I do feel a little bad for Cultured Code (the maker of Things). Contrary to the popular belief, I personally do NOT think all software should be cheap (or free). Those guys have put a lot of effort into their apps, and they deserve to make a living as developers. It always irks me a little when someone comes out with a free app that is solid competition to a well established paid app. However, the flip-side of this is I personally think $49.95 is too much for the Mac version of Things. I think $24.95 would be a little more reasonable.

I’ve been using Little Snapper for a couple years now. It’s a very nice little app for capturing and managing screenshots, webpages, etc… I’ve generally been pretty happy with it.

When I bought Little Snapper in 2008, it was $39. Last week when Realmac put it into the new Mac App Store they dropped the price to $25. Now, they’ve temporarily lowered the price even further to just $5 – until January 17th.

I highly recommend taking advantage of this offer. You just can’t beat $5! If you want to try before you buy, you can still download a demo version from the Realmac site.

If you’re an AutoCAD user who’s been frustrated by the fact that there is no Mac version, now is your chance to tell Autodesk you want one. They’re conducting a survey asking that very question.

The other day I wrote about the excellent Mac Software bundle, called Macheist, where you can get about a thousand dollars worth of Mac software for just $39. Since then they’ve made it even better by adding 2 more apps to the bundle, and they have a special offer to get Delicious Library and Multiwinia for free. All you have to do is tweet a pre-written line of text about the Macheist bundle.

I personally don’t tweet, that is… I don’t use twitter. But, after a quick 2 minute signup, I was able to get $59 dollars worth of software for nothing. Not a bad deal if you ask me.

If you want this deal, you better hurry, as Macheist is only going for 1 more day!