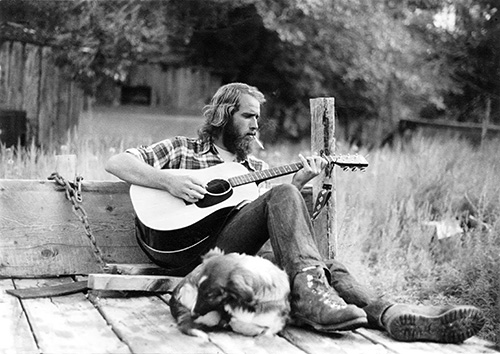 On August 10th, 2008 my father, Stephen Burd, died in Salt Lake City, Utah from a massive upper gastrointestinal hemorrhage. He was 59 years old.

This has been the hardest post I’ve ever written. It’s been very difficult determining exactly what I wanted to say about my dad, and our relationship.

My parents were divorced when I was very young… I think I was about 3 years old. Throughout my life my relationship with my dad was less than ideal, to say the least. And as an adult, we didn’t see eye-to-eye on a great many things, to the point where we didn’t speak to each other for more than 10 years. We only reconnected again a little over a year ago.

This is the point in the story where I’ve been getting stuck. I’ve written and rewritten this post several times trying to find the right words. Everything I wrote seemed to be saying too much, or not enough, and I kept getting hung up on details from the past that I finally realized just don’t matter anymore. The unfortunate reality is the things that were left unsaid, can now never be said. That’s something I’ll have to live with.

For my own well being, I need to drop the baggage I’ve been carrying around for a long time. Holding on to it won’t do anyone any good. I need to concentrate on the good times we had together… and there were some very good times. It’s unfortunate that it took his death to make me truly realize this.

The only thing that really needs to be said now is, my dad is gone… I love him, and I miss him. I hope he’s in a better place.

The image above was taken in 1977. I think it’s how he would have liked to be remembered.