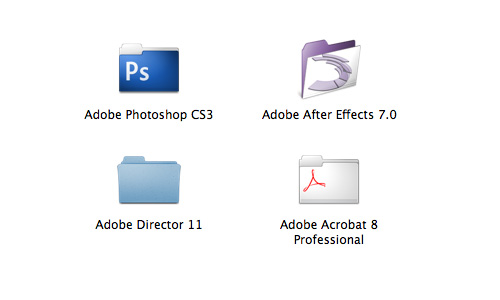 Like many others, I’ve been patiently waiting for Macromedia Adobe to update Director for quite some time now. The product hasn’t seen an update since 2004, and even that one wasn’t that hot. After years of no news whatsoever, Adobe finally announced Director 11 in February, and it began shipping this past Tuesday.

My first reaction to Director 11… Adobe, you should be ashamed of yourself for charging money for this piece of crap!

If you’re a Director user, the $299 upgrade basically buys you official support for Windows Vista and Intel Macs. That’s it! Any other (minor) features boasted by Adobe are over-hyped and under-delivered. For all practical purposes, this release should have been called Director 10.2, and given to us as a free update. As evidence to how little has actually changed in Director, the first thing the app does when you launch it is phone home to Macromedia.com.

In terms of Mac support, the new Director is extremely limited. Although Director 11 shipped 6 months after Leopard, Leopard is not officially supported for authoring or playback. For authoring, Director 11 only supports 10.4 on an Intel Mac. Director 11 does support playback on PPC based Macs, but also only on 10.4… nothing older, and nothing newer. I have done some preliminary testing running Director 11 under Leopard, and so far everything seems to work OK. There is no word from Adobe on when Director will officially gain Leopard support.

One other item that should be mentioned about Director now being able to run natively on Intel Macs is, none of your existing Xtras will work. All previous (Mac) Director Xtras are PPC only. You’ll need to get updates for all of those before they’ll work with Director 11.

Adobe also now boasts, “support for more than 40 video, audio, and image file formats”. Of course, they won’t tell us what formats those are exactly. I can’t find a list anywhere. I guess it’s up to us to guess. I can tell you 2 that are NOT supported… PDF, and Flash video (flv). I was shocked by this! Considering the fact that those two formats are core components of Adobe’s distribution system, how could they not build in support? Adobe Illustrator is also not one of those mysterious 40 formats, which is surprising since Adobe announced full Creative Suite compatibility when they first announced Director 11. They’ve since removed that statement from their site.

There’s just one last complaint I want to voice. This one is extremely minor, and pretty nit-picky, but I think it illustrates Adobe’s commitment to Director… They couldn’t even be bothered to make a custom folder icon like they do for all of their other applications. How freakin lazy is that?

My best advise… if you don’t really need Vista or Intel Mac support right now, then don’t bother buying Director 11. Unfortunately, I had to. :(