A couple weeks ago I posted a video about an amazing new project called, The Invisible Camera. As it turns out, the thing was a little too amazing. It’s a fake, and they totally got me. I went as far as signing up to be a field tester.

I was pretty disappointed, and felt a little foolish, when I read the news. But, I don’t have any ill-will against those guys (Chris Marquart & Allan Attridge). It was a good story, and they told it well. After reading their explanation as to why they did it (below), I would say the project was a success. I did indeed have a sense of wonder when I first watched the original video. Good job guys!

It’s not polarized. It doesn’t amplify anything. It’s not bulletproof.

Sorry, it’s not even a camera.

But we did it for a reason.

We all still have vivid memories of those first times. The first time we held a Walkman, the first time we saw the Space Shuttle launch, the first time… In this day and age with daily new miracles on YouTube, it has become really hard to find a new sense of wonder and amazement and those do-you-remember-the-first-time moments seem to become less and less.

So instead of building a camera for a few lucky ones, we decided to create a story for all of you.

We did not do this to mock you. The Invisible Camera is our humble attempt to bring back wonder and amazement.

If you were one of the skeptics who unmasked the Invisible Camera right away, we applaud you for your razor-sharp smarts.

If you realized what we did and participated on your blog or with your tweets, we deeply bow to you and profoundly thank you for helping us tell the story.

If you believed in our story, congratulations on being an openminded individual who still can dream and be amazed. That is a wonderful ability to possess.

And there is no reason to feel bad, as you are in great company.

We received unexpected applications. From teachers. Pro photographers. SFX Specialists. Even scientists. We were a bit surprised. But rest assured, we won’t name names.

As much as we ourselves wish it were, the Invisible Camera is not real.

But we are. And our story is… as much as you want it to be.

We thank you for coming along on the ride. 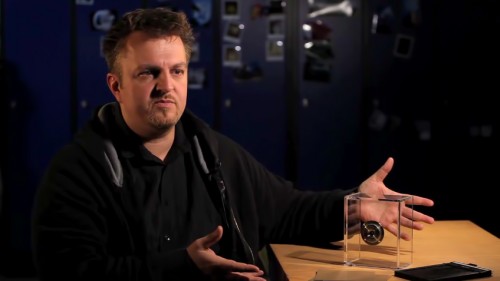 This is just freakin cool! I submitted an application to be a field tester. I’m so hoping they pick me.