This afternoon I was over at my neighborhood Best Buy and I got a chance to play with an iPad 2 demo unit. It wasn’t until today that I realized just how much nicer they are than the first-generation model that I have.

Although the screen has the same resolution as mine, it actually did seem more clear and crisp. I’m not sure why that is – did they change the display?

Although I’ve told myself I don’t need a new iPad, it did take some willpower to walk out of the store without one. Even though I was tempted, there’s no getting around the fact that mine still works fine. As proof, I used it to compose and publish this post.

One of the big new features in iOS 4.3 is the ability to use Home Sharing to stream content from your iTunes library on your Mac or PC to your iPhone, iPad or iPod Touch over a Wi-Fi network.

It’s a cool feature, but the process to set it up is not terribly intuitive. I was actually going to write up a little tutorial, but Macworld beat me to it. Check out their tutorial, here. 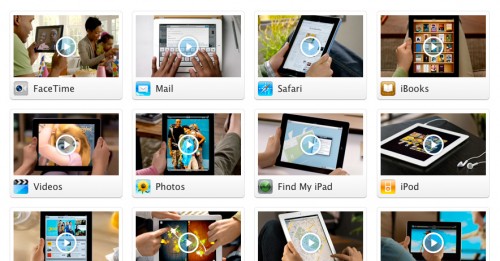 iPad 2 goes on sale today! If you’re planning on getting one, and you’re new to the iPad, you may want to check out these video guided tours that Apple has put together. They’re extremely well done, and can give you a great overview in a short period of time.

This morning Apple released iOS 4.3 for iPhone, iPod touch and iPad, with some nice enhancements including, AirPlay Enhancements, Faster Safari, iTunes Home Sharing, and Personal Hotspot (for iPhone 4). Read all about the new features, here.

You’ll want to download iTunes 10.2.1 before updating, for full compatibility. And, as always, I suggest syncing your device before applying the iOS update in iTunes to make sure everything is backed up.

Speaking of Adobe, I do really like this promotional video they did for the production of Martha Stewart Living digital magazine.

Although this video was intended to promote Adobe’s Digital Publishing Suite, it’s every bit (and possibly more) a video about how cool the iPad is. In fact, the very first words you hear are Martha Stewart saying, “When I saw that iPad, I wanted a digital issue of the magazine… immediately!”

When Apple announced the iPad 2 this past Wednesday, they lowered the price of the original iPad by $100. If you just bought the original iPad, don’t fret… you have the option of getting $100 back from Apple, or returning it entirely in favor of buying the new iPad 2. You just need your original receipt, and the return must be made within 14 days of purchase. 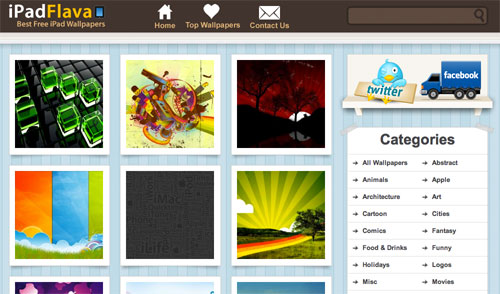 I recently came across iPad Flava, a site that showcases images that have been pre-formatted for use as iPad wallpapers (1024px x 1024px). Some of them are a little lame, but they do have some nice ones too. Check it out if you’re tired of your current iPad wallpaper.