I’m actually going to take advantage of this offer, even though I don’t normally use Office on the Mac. For my own documents I use Apple’s iWork. It has everything I need, and it’s much easier to use. For client-work, I must use Office 2007 under Windows, because I need documents to open exactly the same (or as close as possible) on my client’s machine as they do on mine. Although iWork can read/write office documents, formatting isn’t held very well when going between applications (iWork to Office or Office to iWork). Unfortunately, even when going from Office Mac to Office PC (or back), formatting isn’t held exactly. Some slight differences can occur, but they are far less than using iWork. That being said, there are times in my workflow when it would be more convenient to use Office under the Mac OS, and the steep discount makes it a more reasonable option.

Here’s what the Media Edition has that the Home & Student Edition doesn’t:

UPDATE: In just the time it took me to write this post, the price of the full version jumped from $139 to $169.99. Looks like pricing is in flux. Best Buy has the full version for $149. The online Apple Store is down in preparation for Black Friday, but it should be $149 there too.

UPDATE #2: It’s Friday morning and the price of the full version from Amazon has dropped to $129.99. Grab it while you can.

Happy Thanksgiving everyone. Here’s a little treat for your holiday celebrations. This song is a bit of a tradition in my family.

We’re spending Thanksgiving with Anne Marie’s family in Milwaukee this year. We’ll be traveling most of the day tomorrow. We come back on Saturday. I should have access at the hotel, so I may post a few things while we’re there.

UPDATE (11.26.08): After a quick detour to Atlanta, our luggage has arrived in Milwaukee. The extra clothes are nice, as it’s 20 degrees here tonight. 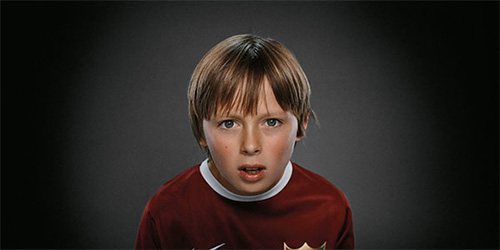 In a project entitled, Immersion, Photographer Robbie Cooper shows just how focused young video-game players can be. You can see the video here, and stills here (or on Robbie’s site).

Robbie is well known for another project he did called, Alter Ego, where he photographed people who play virtual-world games, and displayed their photos alongside their online avatars. It’s a really great project. You can see those images on Robbie’s site as well. tip: when viewing the Alter Ego images on Robbie’s site, roll-over the word, “TEXT”, under the images to read more about the people in the photographs.

The quality isn’t great, but this gave me a laugh.

The new Star Trek movie will be in theaters in May, 2009. They recently released a second trailer, and it rocks! I can’t wait! Please, please… don’t let it suck!

In the previous post I mentioned I had some big news to share… Well, we’re getting married! On September 5th, 2008, Anne Marie agreed to be my wife. :)

September 5th was our 5 year anniversary. It was on that date in 2003, that I came up to San Francisco to see her for the very first time. I lived in Tempe, Arizona when we first started dating. We knew each other through a mutual friend. The image above was taken at one of my favorite places in Phoenix, a couple months after we started going out.

I’ve been very happy with Anne Marie, and I’ve known for quite a while that we would eventually get married. I didn’t doubt that, but it never seemed like something I needed to rush into. It was probably about May or June of this year that I started to realize we were coming up on 5 years, and maybe it was time. I had been thinking about proposing on our anniversary, but I have to admit that until my father passed away in August, I was still on the fence. When my father died, it really reminded me that lives can change very quickly, and there’s no sense putting things off that are important. If you do, you may never get the chance. So, I decided September 5th would be the day.

With the date of my proposal set, I now needed a ring. Anne Marie had actually (semi-jokingly) told me a long time ago that if we ever got married, SHE would pick the ring! But, you can’t ask someone to marry you without a ring… that just doesn’t seem right. I debated on what to do. Should I try my luck at picking something nice? Should I give her a ring pop? Should I just go to the hardware store and pick out a nice wire key-ring? As tempting as some of these options were, I decided it would probably be best if I got something, not too horrible, as a placeholder that she could actually wear if she wanted to, while we looked for the real ring. So, that’s what I did.

As September 5th approached, it was NOT looking great to have a special evening out for our anniversary. We were both swamped with work, I couldn’t get reservations at the restaurant I wanted, and I was recovering from a fall I took in the street where I sprained my ankle (but that’s a whole other story). When the day arrived, we actually ended up just going to our Friday-night standby, Chevys. It was very unromantic. As the night went on I decided that this was just NOT the night to propose.

After dinner we came home and watched some TV. I was pretty bummed about the whole thing. I was trying to figure out what my alternate plan was going to be, but as it turns out we had some good luck that night… we were in the middle of a heat-wave here in San Francisco. I know, that doesn’t sound like good luck, especially when you live in a place with no air conditioning, but just wait. Because of the heat, we pulled our mattress down to the lower level of our loft and put it by the sliding door that leads out to our little balcony, to try to keep cool. As we laid there, unable to sleep, we started talking about how I had come up to see her exactly 5 years earlier. She had just moved into this loft, so she had no furniture. We remembered our first kiss, which we had while sitting on the floor that we were now laying on. While we talked, the romantic moment that eluded the evening crept into the scene. I proposed, and all was right with the world.

Of course, the placeholder ring I bought was not even close to the right size. With a little stretching it did fit on her pinky finger though. I tried to do some research online about ring sizes, but apparently there is no relationship between height, weight and ring size. I also tried to look at the one ring she owns. She wears it on her thumb. One day I determined that it fits on my pinky. I thought there must be some magical mathematical formula based on the relationship between her thumb and my pinky that would tell me her ring-finger size. You know, like the square root of the circumference of a concentric pythagorean hypotenuse… theorem. Math obviously isn’t my subject, but it doesn’t matter anyway as there is no relationship between my pinky and her thumb. Oh well, a symbol is a symbol even if it doesn’t fit perfectly.

So, here we are, over two months later… and we have no date set and no real plan yet. That’s pretty typical of us. We know it will be outside, somewhere near San Francisco, and it will all be pretty casual. Neither of us is up for anything too traditional or elaborate. I’ll write more as we figure things out. I’m going to try and not get stressed out about any of the details. The important part is I’m marrying the woman I love and who loves me.

Oh, and after some legwork we did find that perfect ring. It’s made by a woman named, Jennifer Dawes. She does excellent work, and she only uses recycled gold and conflict-free stones. We highly recommend her.

As I mentioned in my last post, I’ve updated the theme I use for One Digital Life.

Although I haven’t exactly been an active blogger for quite a while now (most of 2008), I just couldn’t stand to look at the theme I was using any longer. I’ve wanted to simplify the site for a long time, and last Saturday night I got a giant bug up my butt, and decided I HAD to change the site that night. I stayed up until 5:00am looking at, and tweaking WordPress themes.

The theme I chose to use is called, deFusion. It was nice, but I’ve never been an out-of-the-box kind of guy, so I’ve tweaked it quite a bit. It’s not quite there yet, but it’s getting closer. I’ll probably be fiddling with it for a while, so don’t be surprised if things are a little different each time you come by.

I think it worth mentioning that I did take some inspiration from Arron Martins blog, which I think is awesome. Arron has achieved a simplicity that is really beautiful. I’ve had themes with this basic structure before, but I did borrow Arrons color scheme.

Every year or so I write about how I want to create a WordPress theme from scratch (instead of using an existing theme as a starting point), but I just never seem to find make the time to do it. I may still do that one day, but that day is not today. Besides, if I were to redesign a site right now, it would be my Portfolio. It’s been almost 2 years since I updated it and I’m feeling the itch. :)

As I mentioned, I haven’t been doing a lot of blogging lately. I actually miss it. I really want to get back into the habit of posting regularly again. In fact, I have some pretty big news that I want to share, but that will have to wait until tomorrow. ;)

If you were on the site last night you may have noticed the WordPress theme changing every few minutes. I was trying a bunch out. I’ll talk more about this tomorrow (or later today). It’s 5:13am and I’m falling asleep. :(