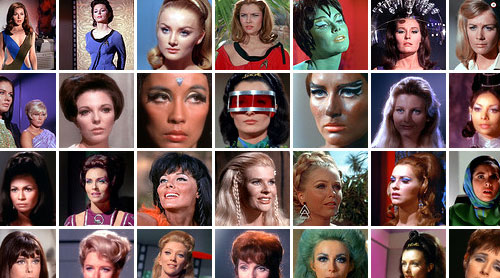 Flickr user, Marcello Poletti, has begun the daunting task of compiling a library of The Galactically Hot Women of Star Trek (The Original Series). He’s up to 72, and still going. Personally, I think it’s time well spent. :)

If you like Marcello’s Star Trek set, you may want to check out some of his other sets including, The Ladies of “U.F.O”

2 thoughts on “The Galactically Hot Women of Star Trek”