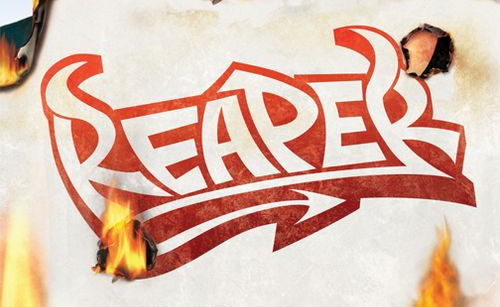 My mom came out for a visit over Thanksgiving and while she was here she introduced us to Reaper. It’s a show on Tuesday nights on The CW. I’ve only seen 2 episodes, but I feel myself getting hooked.

The show revolves around a young guy named Sam and his “buds” from the home repair store (think Home Depot) where he works. On his 21st birthday, Sam learns that his parents sold his sole to The Devil. Sam is now forced to work for The Devil, sending escaped soles back to hell. It’s a comedy. No, really… it’s a comedy.

In order to capture the souls, he needs a “vessel”, which comes in the form of an everyday object like a toaster, or a remote controlled car. He’s never quite sure what to do with the vessel when he gets it.

My favorite character is The Devil, excellently played by Ray Wise. I’ve been a fan of Ray’s since his days on Twin Peaks.

There’s a pre-series trailer for Reaper over on YouTube. I don’t think the trailer really does justice to the show, but it will give you an idea of what it’s like. It really is good.

3 thoughts on “Two Thumbs Up for Reaper”