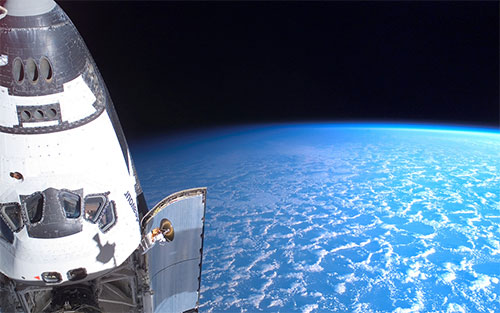 Very cool photos taken from the space shuttle on its last mission. 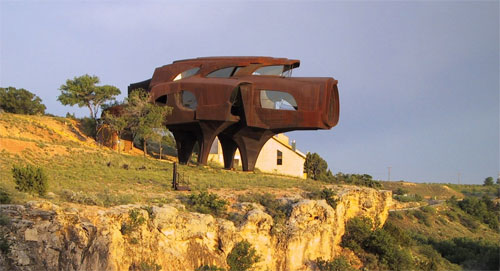 If you like this, you may also enjoy Jedi Turtle, and Jedi Bird.

As a followup to my last post, here’s one of my Flickr Pages in both Safari 3 (left) and Firefox 2 (right). As you can see, Safari just won’t load the images. Where Firefox had no problem. The error listed in Safari’s Activity Window is, “Can’t find host”.

I’ve discover that this is not just an issue with Safari. In Leopard, I’m having problems with all of Apple’s applications that talk to the internet (Safari, Mail, Dashboard Widgets). Even though my connection to the internet is strong, all Apple apps have intermittent connectivity.

Is anyone else having this problem?

UPDATE (11.05.07): Thanks to a comment by Matt Smith, my connection problem is fixed… for the most part. I let the migration assistant bring over my network settings, but it apparently didn’t bring everything over. I was missing some DNS Server information (in the Network Preference Pane). Once I replaced those numbers things started working properly, almost. I still have some occasional connection problems, but they are much less frequent, and they appear to be more related to my router. Although everything is (almost) working, I think we’ll still be seeing an update from Apple on this issue. It’s odd that only Apple applications seem to need those numbers.

I’m still in the middle of what is now a two day Leopard migration, and things haven’t gone as smoothly as I would have liked. I’ll go into that a little later. For now I wanted to mention 3 issues I’m having, and ask if other Leopard up-graders have experienced any of these problems…

Dashboard:
I’ve been having a lot of problems with Dashboard under Leopard. One minute everything will be working fine, the next all my widgets will freeze up, and the only way to get them working again is to logout. While they’re frozen I can pull-out new widgets, and drag all the widgets around, but non of them are actually functioning.

I found a lot of people over on the Apple Discussion Boards having problems with Dashboard, but many of them relate the problem to Apple’s new Parental Controls. I haven’t activated Parental Controls so I don’t think that’s it. In my case it appears to be related to non-Apple Widgets being installed. I’ve finally been able to make Dashboard a little more stable by going through this procedure:

After that Dashboard seems to be working normally. But, if I try to add Widgets back in, the problems start back up. This sucks if third-party Widgets can break Dashboard. Has anyone else had this problem?

Repair Permissions:
I was having some weirdness, so I tried repairing permissions. The process now takes several minutes, and I end up with a long list of errors (about 50). Every error is the same, except each refers to a different file or folder… They all start, “ACL found but not expected on…(path to file or folder)”. Disc Utility cannot repair the problems. I don’t know if this is a serious problem or not, but I don’t like it.

I did install Inquisitor. It’s supposedly Leopard-ready, but I’m not so sure. I can’t actually tell though if the problems I’m having are related or not. Has anyone else had problems with the new Safari?

At this point I’m debating on wiping the drive and starting over, or accepting these as known bugs and waiting for Apple to come out with a patch. Has anyone else had these (or other) problems. Have any solutions to share?

My shiny new 17″ Macbook Pro arrived this morning. I’ve been busy getting everything wrapped up in order to make the transition from my G5 PowerMac, so I wasn’t paying attention to the news. A friend just emailed me about the new build-to-order options available today on the Macbook Pros.

Whenever you buy a computer, you know it generally won’t be too long before a new model comes out. That’s just how the computer industry is. But, it would have been nice to at least get my top-of-the-line Macbook Pro out of its box while it still was top-of-the line. :(

Oh well, that’s the way it goes. I’m still excited to get my new machine up and running. I still have some preparations to make before migrating.

Oh, and they introduced new Macbooks as well… which now share the same Santa Rosa-based architecture as the Macbook Pro. They also have a faster front-side bus, updated video card, and can take up to 4GB of RAM. It’s much improved over yesterday model.