Erasure was (and is) one of my favorite bands back in the 80’s. The band consisted of singer Andy Bell, and keyboardist Vince Clarke. As an added bit of trivia, Vince Clark was also a founding member of Depeche Mode and Yaz before teaming up with Andy Bell. 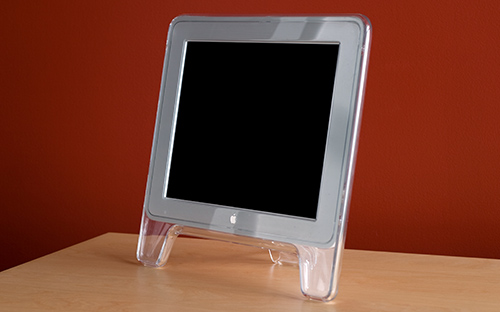 Now that I’ve settled into my new Macbook Pro, I’ll be selling off some of my older equipment. First to go is this 17 inch Apple Studio Display. I’ll be listing it on Craig’s List or ebay, but I thought I would put it here first.

I bought this display new from Apple about 4 years ago. It’s in great condition. I’ve never had a single problem with it.

I’m asking $100 (usd), which does NOT include shipping. I’ll ship anywhere in the continental US. I estimate shipping will probably be $30-$50. It will be shipped in it’s original box.

I actually have 2 of these Studio Displays. I’ll be selling the other one sometime soon. If you’re interested in buying one or both, please leave a comment on this post or use the form on my contact page to send me an email.

If you’d like to go to the Macworld Expo in January, it’s not too late to get free (exhibit only) passes. Your Mac Life has you covered with a special code until December 14th.

I have a quick question for anyone who has done a clean install of Leopard… are there any new desktop pictures (wallpapers) listed in the “Apple Images” section of the Desktop System Preference Pane on your Mac?

With exception to a couple of new images in the “Nature” folder, I don’t see any new images. This is odd for Apple, as a big jump in the OS usually gives us several new swirly backgrounds.

When I installed I migrated my data over from another machine, so I’m not sure if the installation just didn’t put the new ones in, or are there no new ones? 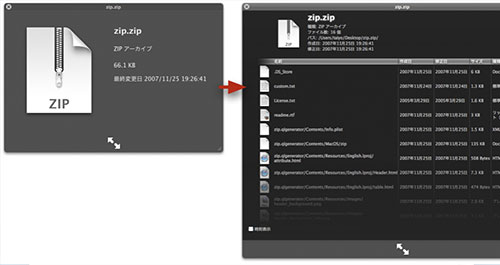 For me, QuickLook is one of the killer new features in Leopard. QuickLook allows you to select any file (or folder) in the finder, hit the space bar, and get a usable preview of that file without opening it.

I think QuickLook is pretty awesome right out of the box, but today it got a whole lot more useful, thanks to Japanese developer, Taiyo.

Taiyo developed a free QuickLook plugin that allows you to view the contents of a zip archive, instead of just the icon (the default behavior for zip files in QuickLook).

I’ve always been annoyed that in the default installation of OSX, there is no way of seeing what’s in a zip without extracting everything. That’s just stupid! I’ve tried other shareware apps that claim the ability to browse zip archives without opening them, but they either didn’t work, or didn’t work very well. Thank you Taiyo!

One note… I’ve read that for some people the plugin kicked in immediately after installation. I personally needed to logout for it to start working. You could also just force-quite the finder.

Taiyo also developed a QuickLook plugin for folders, which shows the contents of folders, instead of their icon. If you spend most of you time in either list or icon view, this could be very handy too. 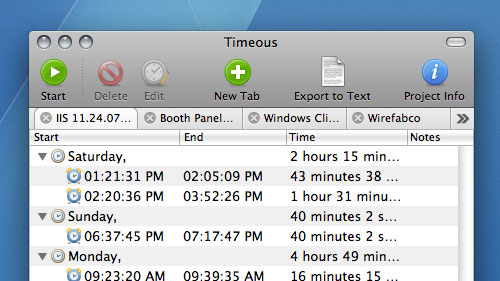 I’m a full-time freelancer and keeping track of my billable hours is an important task. Under Mac OSX 10.4, Tiger, I used a nifty little widget called, The Daily Grind. I really liked it a lot, but I’ve had some problems with Dashboard since upgrading to Leopard. So, I had to find an alternative. I dug through quite a lot of freeware and shareware timers and project management apps. I had a hard time finding something that was just right. Either they did too little, or way too much. Then, I found Timeous.

Timeous is actually a very simple application, but it makes keeping track of your time on multiple jobs a snap. You basically create a tab for each project, or task. You then just stop and start the timers as you work. Timeous logs each start and stop of each project’s timer, and keeps a running total of the time you’ve spent on that job. You can also enter an hourly dollar amount for each tab, and Timeous automatically calculates what you’ve made so far.

Once you finish your project, Timeous can export the logs as a text file, so you ‘ll always have a record.

Timeous is a Universal Binary so it works on both Intel and PPC Macs. The site doesn’t specifically mention Leopard, but the only problem I’ve had is when I re-order the tabs (via drag-and-drop), they revert back to their original order when I quite and relaunch the app.

If you looking for an application that can track your expenses, generate invoices, etc… keep looking. But, if all you need is a basic multi-timer app with a few extras, I highly recommend Timeous. You can’t beat the price… it’s FREE!

Oh, and if you’re into developing Mac software, the developer of Timeous, Kevin Wojniak, has made the source code available. Thanks Kevin!

I’ve been using my new Macbook Pro (and Leopard) for about a month now, and I’m totally lovin’ it. Although I haven’t had any serious video jobs since getting it, I think it will hold up nicely. I think I made the right choice going with a portable as my primary machine.

As soon as I make a little time I’ll be posting some specifics on Leopard, apps, and Windows on a Mac (it’s new to me just upgrading from PPC).

Spider Pig, Spider Pig
Does whatever a Spider Pig Does
Can he swing, from a web, no he can’t, he’s a pig
Look out, he is a Spider Pig!