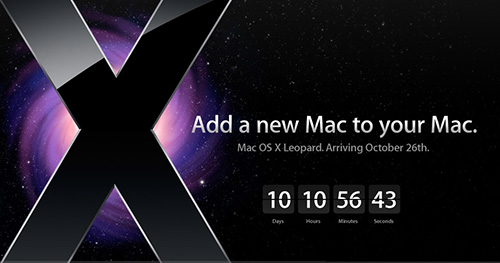 If you’ve been waiting (like I have) to buy your new Mac until Leopard was available, your wait is almost over. Actually, you could buy your new Mac today, as any systems sold after October 1st is eligible for a free ($9.95 shipping) upgrade to Leopard when it ships.

I’m going to hold off buying my new Mac until Leopard ships. I was hoping that some new laptops would be announced at the time they announced Leopard, but there’s no sign of that. But, there’s still 10 days until they start shipping, so I’ll wait to see what happens.