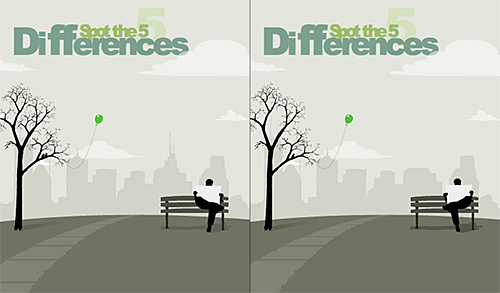 Here’s an excellent opportunity to test your powers of observation and attention to detail. Five Differences is an awesome flash game that presents you with a series of almost identical images and it’s your job to find the differences. Some are relatively easy, but others are down right hard.

As you click on an item that is in one image but not the other, a running countdown lets you know how many are left. On the first test the countdown is obvious, but on subsequent tests the countdown becomes part of the scene, so pay special attention to where it is.

The site seems to be having some technical difficulties, so if the link doesn’t work the first time, try again in a minute or two.

2 thoughts on “Can you spot the 5 differences?”