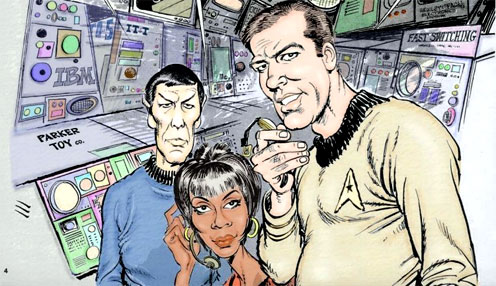 A few weeks back Apple added the 1st season of Star Trek, the original series, to iTunes. Since then, Apple has added Paramount Pictures to iTunes as well, and along with that comes all the Star Trek movies.

Woohoo! I’ve been a big fan of Star Trek all my life. This is awesome news. I can’t wait until they add the rest of the original series, and all the other series as well.

One side note to this is that Star Trek III, The Search for Spock is mysteriously missing from the iTunes catalog. I’m not sure why.

Using the links below will not only feed your Star Trek habit, they’ll also help support this site :)