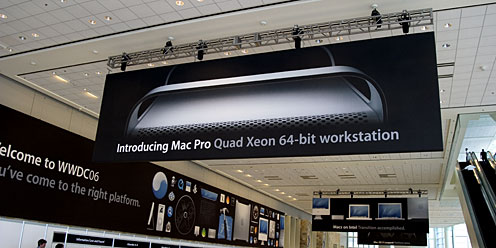 Remember those infamous banners, covered in black cloth, hanging from the ceiling of Moscone? Well, they’ve been uncovered. Unfortunately, they don’t have an ‘iPhone’ on them, but they do show the new Mac Pro announced today.

FYI… I’m not actually attending the conference (bummer), I just live down the street. I just walked down to Moscone, and poked my head in the door.