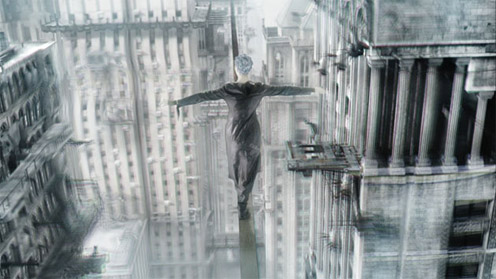 I was channel surfing last night when I stumbled upon a film called Immortal, on the SciFi channel. I caught it fairly early, so I was able to watch most of it. But, I still couldn’t tell you exactly what it was about. At the end I was thoroughly confused.

I must say that even though I didn’t understand what was going on, it was a pleasure to watch. The film is beautiful… I mean visually stunning. Immortal is primarily computer generated people and backgrounds, with a few of the key roles being played by live actors.

Here is the “plot” from Amazon…

“New York 2095. In a strange pyramid floating in the sky, the gods of ancient Egypt are judging Horus. In the city, a young women with blue hair and tears is arrested, but she has a secret power, even to herself…”

Umm… ya, like that was a lot of help.

If you’re into bizarre, but stunning, SciFi movies, I would highly recommend checking this one out.