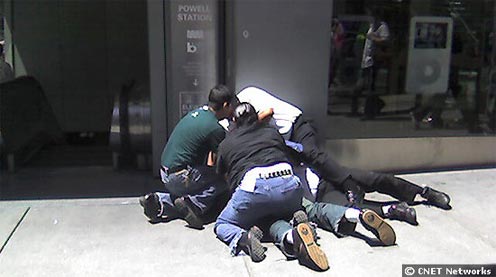 I live just a couple of blocks away from the San Francisco Apple Store. With the announcement today of the new MacBooks, I was hoping to make it down there for a little hands on review. Apparently, Scott Ard, of cnet news had the same idea. I didn’t make it down, but Scott did, and while he was there he witnessed Apple Security tackle a shoplifter, for trying to nab a few iPod accessories. Maybe I’ll re-think my plan of trying to stuff a MacBook down my pants.

1 thought on “Take-down at the Apple store”