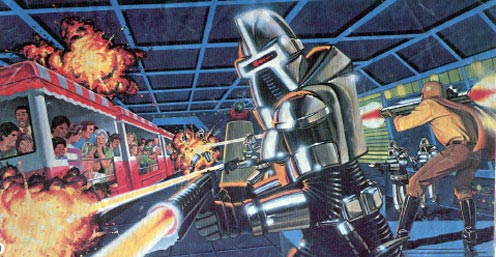 The SciFi channel has announced they will be doing a spinoff of the new Battlestar Galactica called ‘Caprica’.

“Caprica would take place more than half a century before the events that play out in Battlestar Galactica. The people of the Twelve Colonies are at peace and living in a society not unlike our own, but where high-technology has changed the lives of virtually everyone for the better. But a startling breakthrough in robotics is about to occur, one that will bring to life the age-old dream of marrying artificial intelligence with a mechanical body to create the first living robot: a Cylon. Following the lives of two families, the Graystones and the Adamas (the family of William Adama, who will one day become the commander of the Battlestar Galactica), Caprica will weave together corporate intrigue, techno-action and sexual politics into television’s first science fiction family saga, the channel announced.”