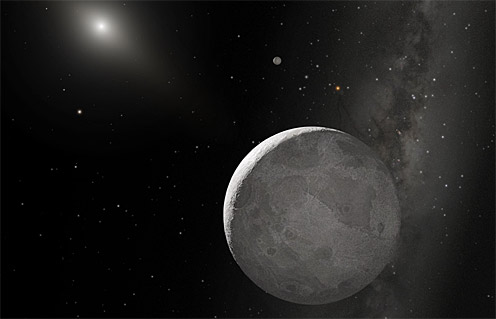 For the first time, the Hubble telescope has taken some images of the “10th planet” in our solar system, nicknamed “Xena”. It’s found to be slightly larger than Pluto.

There is actually some debate on whether or not Xena should be considered a planet or not. I think this is cool stuff, but I’m totally not up on my astronomy, so instead of trying to explain all of this, I’ll just point you to the links to get more of this story.