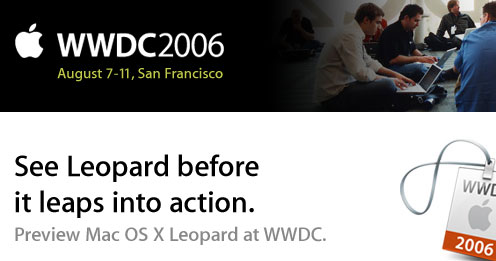 If you were hoping to see a Leopard in the wild sometime soon, I’m afraid I have some bad news for you. I received an email yesterday from Apple, saying that developers would see a preview of Apple’s next major release of Mac OS X (10.5 Leopard) at the 2006 World Wide Developers Conference (WWDC), in August.

So, we may see Leopard hit the retail shelves by the end of the year, but don’t be surprised if it’s not until early 2007.