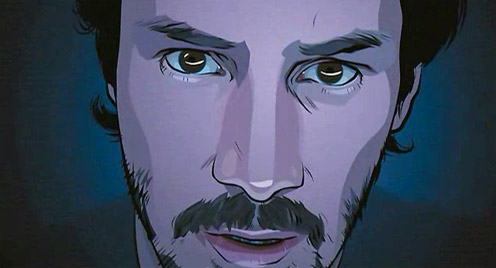 A new movie from Warner Independent Pictures, called A Scanner Darkly, is scheduled to be released in the summer of 2006. It’s a scifi film starring Keanu Reeves, Robert Downy Jr., Woody Harrelson, and Winona Ryder. The movie is a composite of live-action photography and Interpolated Rotoscoping, giving it a very unique, “graphic novel” look.

“A Scanner Darkly is set in suburban Orange County, California in a future where America has lost the war on drugs. When one reluctant undercover cop (Reeves) is ordered to start spying on his friends, he is launched on a paranoid journey into the absurd, where identities and loyalties are impossible to decode. It is a cautionary tale of drug use based on the novel by Philip K. Dick and his own experiences.”

A Scanner Darkly looks like it could be pretty cool, at least visually. I’m looking forward to this one. Check out the trailer.

4 thoughts on “A Scanner Darkly”