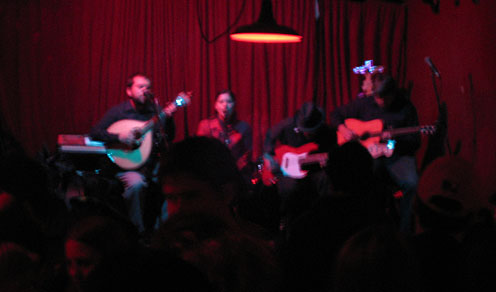 Last night they were playing at Amnesia, with El Olio Wolof, and Last of the Blacksmiths. I was pretty excited, because I actually had the time to go. I called the club earlier in the day, and they told me the show started at 9:00pm, and Judith would be going on second.

Unfortunately, there was some kind of mixup, because I arrived about 9:30pm, and Judith was just finishing their set. I was only able to hear the last two songs :(

I stayed and watched El Olio Wolof. They were pretty good, but it was still a disappointing evening.

I highly recommend Judith and Holofernes. They have two excellent EPs available through iTunes…