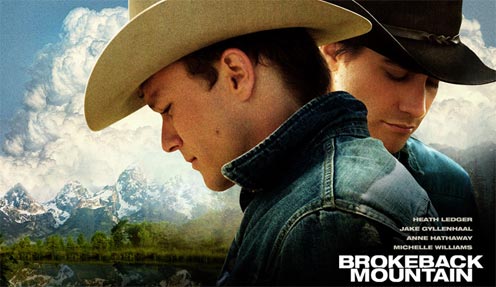 The other night we saw Brokeback Mountain. Some people are calling this the best picture of the year, but I would not agree with that at all. I thought there were some outstanding performances, especially by Heath Ledger, but overall I was only mildly entertained by this film. Without giving anything away, I thought the story advanced a little too quickly in the beginning, and that through me off for the rest of the movie. I never got to the point where I really cared that much about what happened to these characters.

I’m also someone who can be distracted by poor technical details. This story spans over 20 years, but I thought the aging of the characters was horrible. Their aging process basically consisted of bad wigs and cheesy tape-on mustaches. I know this has nothing to do with the story, but it’s distracting when something like that looks more comical then believable.

I wouldn’t totally discourage someone from seeing Brokeback Mountain, but I would just say go in with realistic expectations, and don’t believe all the hype.