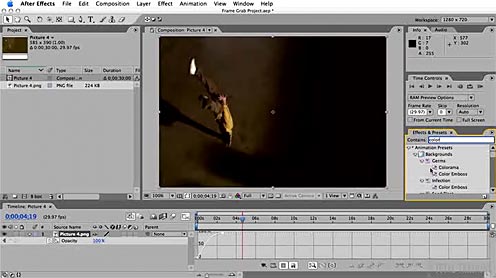 Wahooooo!!! Adobe just announced After Effects 7.0, something I have been waiting for, for quite a while now. After Effects is one of my favorite apps.

Just last week I was hassling the guys in the Adobe booth at Macworld about when they would be releasing an update to After Effects (It’s overdue). I’m actually surprised they didn’t use Macworld to make the announcement. A lot of people there would have been very excited.

Adobe has published a Flash movie that highlights the changes in 7.0.