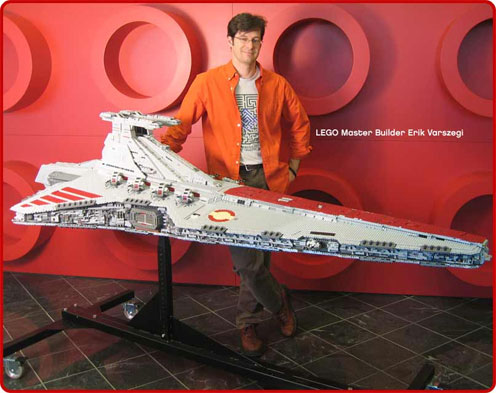 Are you the ultimate Star Wars collector? Than you’ll want to know about this custom, one of a kind, Star Wars Rebel Attack Cruiser made entirely of LEGO. It’s eight feet long, 150 lbs, and uses 35,000 pieces. It was built by “LEGO Master Builder”, Erik Varszegi.

The LEGO Attack Cruiser is for sale on eBay. As of this writing, the current bid is a mere $29,100.00… a small price to pay for the ultimate Star Wars collector.

100% of auction proceeds will be donated to Habitat for Humanity’s hurricane relief efforts in the southeastern United States.