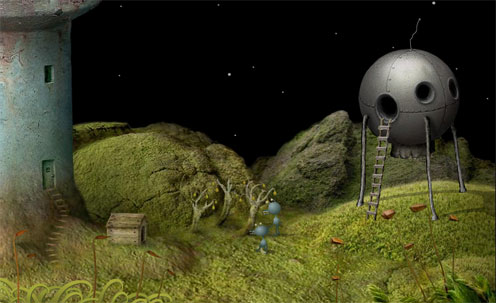 Back in August, I wrote about an awesome, and sometimes bizarre, online game called Somorost that I really liked a lot. I also mentioned that Amanita Design, the creators of the game, were working on a new version. Well, guess what… it’s here… Somorost 2.

I’ve only barely begun to play, but so far it looks just as cool as the first one. You guys rock!