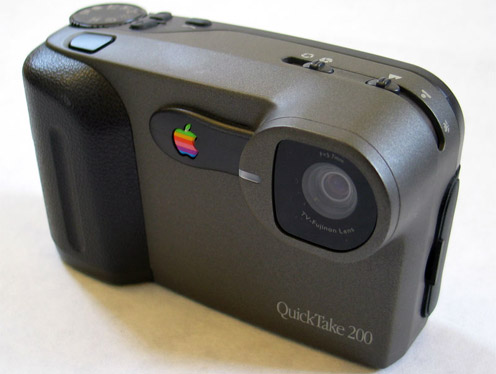 There is a story today over at TUAW which speculates that Apple is working on a digital camera. I’m not sure if I buy it. There are a lot of good cameras out there, I’m not sure what Apple would hope to add. I think it’s more realistic to hope for an Apple PDA / phone.

Another interesting note… apparently Apple has already produced a digital camera. It was called the QuickTake, and it was made from 1994 – 1997. I don’t remember it at all. Anyone out there actually have one?