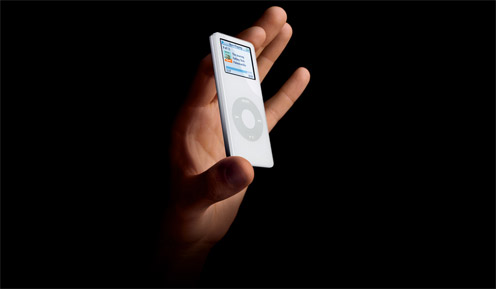 I’ve been following this for a while, and every time I hear about it, I get a little more pissed off. If you haven’t heard about this, the attourneys at David P. Meyer & Associates Co. LPA, herein referred to as the dumb-asses, have filed a class action lawsuit against Apple because people have scratched their iPod Nanos. Give me a freakin break!

The dumb-asses have claimed that the Nano is a “defective product” because “…if users were to put their Nanos in their pockets with common items such as coins, keys, a money clip, or a credit card, the device would likely be scratched”. No shit sherlock! As cool as the nano is, in the end it’s just a small piece of plastic. It’s going to get scratched if you put it in the same pocket as your keys. This isn’t rocket science, it’s common sense!

The dumb-asses further claim that Apple has mislead consumers by marketing the nano “as being impossibly small and durable”. Ummm… I remember the “Impossibly Small” tagline, but I’ve never seen that last bit about durability?!? The dumb-asses site the Steve Jobs keynote, that they mistakenly refer to as a national TV commercial, where Jobs pulls the nano out of his pocket to introduce the new Nano as proof that Apple is stating the Nano’s durability. Ummm…. no, that’s what called a dramatic introduction to illustrate the Nano’s size.

As compensation for their scratched Nano’s, the dumb-asses want “(a) an order certifying the action to be maintained as a class action and ordering
Plaintiff and his counsel to represent the class; (b) restitution and/or disgorgement of profits; (c) compensatory and consequential damages; (d) punitive damages; (d) attorneys’ fees; (f) costs of this suit; (g) pre and post judgment interest; and (h) such other and further relief as this Court may deem necessary or proper.”

I can’t decide if these people are really this stupid, or just incredibly greedy. Either way I’m thoroughly disgusted

If you are interested, you can read the full court document, in PDF format, here.