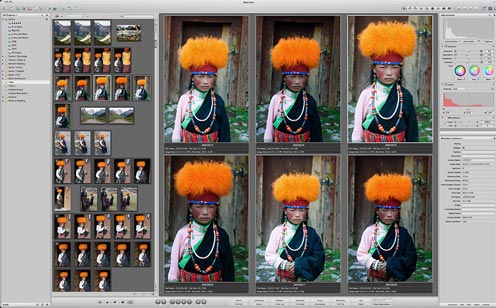 Well, today’s Apple press-event has concluded, and the announcements are not all that exciting, at least not for me. We have some new Powermac configurations… featuring dual-core PowerPC processors, a slightly upgraded 15″ and 17″ Powerbook line (where’s the 12″ upgrade?), price drops on displays, and new software called Aperture.

Aperture is the only totally new product, but it’s only really useful if you are a professional photographer. It’s described as “end-to-end RAW workflow, and makes RAW as easy to work with as JPEG”. In all fairness, Aperture does look like pretty powerful software, pro photographers should be very happy with it. It’s hard for me to get excited about it, because I don’t have a high-end camera, so I don’t shoot RAW. At $499, you’ll want to be fairly serious about photography before running out to your local Apple Store to pick up a copy of Aperture.

You can find more detailed info on the updates on Apple’s site, or the live coverage that was provided by Engadget and Macworld.