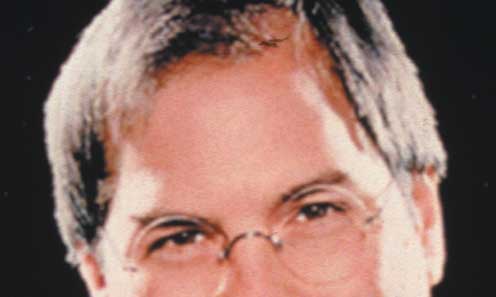 So I came across the Steve Jobs official bio page on the Apple site (For Media and Analyst only). I was a little surprised at the lack of substance in his bio, and the picture they are providing as a download is a poor quality, blurry Photoshop 5.5 eps file. What’s up with that? Were the Apple imaging experts out sick that day?

Apple ignited the personal computer revolution in the 1970s with the Apple II and reinvented the personal computer in the 1980s with the Macintosh. Today, Apple continues to lead the industry in innovation with its award-winning desktop and notebook computers, OS X operating system, and iLife and professional applications. Apple is also leading the digital music revolution with its iPod portable music players and iTunes online music store.

Steve grew up in the apricot orchards which later became known as Silicon Valley, and still lives there with his wife and three children.