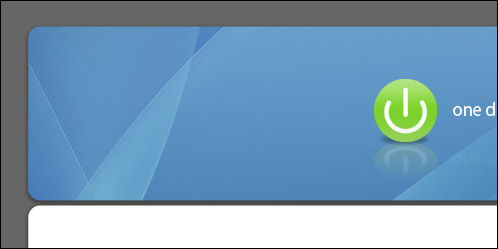 The other day I was paid a nice compliment by odl reader, Laurence. He commented that he liked the site, and asked if I would consider releasing the design as a WordPress template. I haden’t really ever considered that, but I wouldn’t necessarily be opposed to it.

If you’ve been coming here for a while, you know that the site used to look pretty different. Back on May 28th, I had hoped to do a complete redesign of the site, for the one year anniversary of one digital life. I never really found the time to do that though. On July 2nd, I was forced to change the design because I had to upgrade to WP 1.5 per a request from my webhost. I had the default theme for all of a few hours, but the designer in me couldn’t just leave it that way. I had to customize it, at least a little.?

I hadn’t planned on using this design for long, it was just to hold me over until I could develop my new design. After a little customization though, I started to like it. I can’t take credit for the blue graphic in the header. As any Mac user will tell you, it’s just a standard Desktop Picture that comes with OS X (Tiger).

The site as it is now, is only a slight modification of the default wordpress theme, which itself is a variation on Michael Heilemann’s original kubrick design.

So, the question… Will I release this as a template? The answer… I’ll consider it. It will take a bit of work to strip out all the stuff that is specific to this site, or that requires a specific WP plugin.

If I do release it as a template, it will probably need a name. Any suggestions?

UPDATE (a few hours later): OK, I’ll do it. I’ll release this design as a WordPress theme. I’m going to be a little busy until early next week, but look for it to be available for download by late next week.

6 thoughts on “one digital life… the template?”