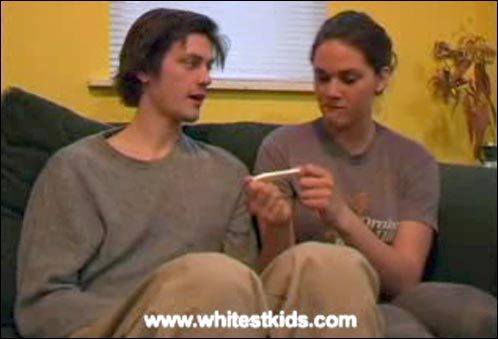 I cam across this great little short film, titled “Pregnancy Test“, by The Whitest Kids U’Know. They’re a sketch comedy troupe in New York City. It’s very funny. They have some other movies on their site too. I’ve only watched a couple of them so far. I also recommend “Time Travel“.

UPDATE (8.02.05): As of this morning, the whitest kids site seems to be down. Hopefully it will come back, they had some nice stuff there.

UPDATE (8.03.05): The site is back. It looks like the kids had some bandwidth problems. The site has just gotten too darn popular. they are moving their movies to a new server, so not all of them are available just yet.