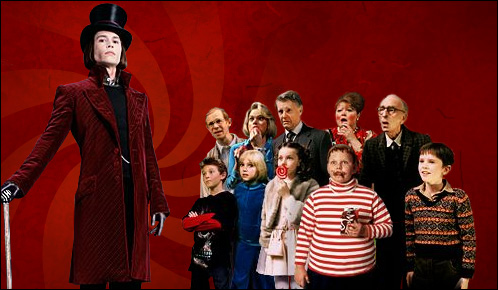 Tonight we saw Charlie and the Chocolate Factory. I really liked it a lot. Very entertaining. I can’t tell you exactly what made it so good, although I did like the Oompa-Loompa musical numbers. I think a line from the movie sums it up pretty well… “Candy doesn’t have to have a point, that’s why it’s candy”. I think I like this movie for a similar reason. Don’t think about it, just sit back and enjoy it.

The movie has an awesome soundtrack by Danny Elfman. It’s available via iTunes, or Amazon.

If you’re a fan of the sci-fi / western tv series Firefly, then you probably already know that the movie incarnation of the show, called Serenity, is due out September 30th, 2005. But you may not know that the Scifi channel has begun showing the classic series again on Friday nights. It just started last night. I missed it myself, if you did too they’ll probably repeat it before next Friday. Check your local listings.

As of now, I haven’t heard anything about Scifi making any new episodes, they’re just re-showing the original series. Hopefully if the movie is a success, they’ll start the show again. The show failed the first time around partially because FOX, in it’s infinite wisdom, played the episodes out of order, making it a little difficult to get into the story line. Hopefully Scifi won’t make the same mistake.

If you want to watch all the episodes at your own pace. The complete series is available on DVD at Amazon. I own the set, and I highly reccomend it.

I am actually a big fan of Apple’s Dashboard, part of OS X 10.4 (Tiger). Some people call it all fluff, but I don’t agree. I find it very useful. I do limit my widgets to just the essentials though.

That being said, I’ve come across a widget that borders on the totally useless, but I love it anyway. It’s SimpsonBot, and all it does is display quotes from The Simpsons… possibly the greatest show ever made.

UPDATE (8.02.05): SimpsonBot has been updated to version 0.8. The update includes more quotes and a slightly different design.

Nvu (pronounced N-view, for a “new view”) is a cross-platform, open source web authoring application that has been described as a poor man’s Dreamweaver. One, because it does bare some visual similarities to Dreamweaver, and two, because it’s totally free! That’s right web fans, it’s free. Nvu is offered in Mac, Windows, and Linux versions, and can be downloaded from here.

I first heard of Nvu a few weeks ago. I haven’t had time to really test it, but I did play around with it a little. It seems to be a pretty nice little app, offering most of the standard features that you would expect from a WYSIWYG web-authoring tool. Definitely worth looking into if you don’t want to drop the cash for either Dreamweaver, or GoLive. 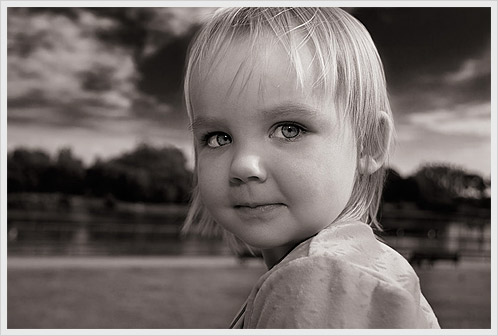 I recently came across Chromasia, the photo-blog of David J. Nightingale. I really like his work a lot. If you’re at all into Photography, than you should check out his work.

Now that’s what I’m talkin-about! Yesterday I put out a call for comments to make sure that someone… anyone… is actually reading this blog, and I’m not just writing for my own amusement. You didn’t disappoint. You guys are awesome! It made me feel so good to read things like “Your blogs are entertaining and interesting”, “Great site – love it – visit it daily”, and my favorite “I went and bought a mac mini after a week of reading your site”.

I want to put out a heart-felt Thank You to all of you who took the time to come here and leave these, and many other, kind words. It is much appreciated. In the immortal words of Sally Field… “You like me, you really like me”. Ok, that sounded just a little gay.

I’ve been blogging for a little over a year now, and I think I’ve put out some fairly interesting content. According to my Webalizer stats, I had over 40,000 visitors last month. Yet, the one thing that continues to surprise (and disappoint) me is the lack of comments to anything I post. I’ve probably only had about 20 comments in all that time. Is my content that dull? Are my stats crazy and no one is really coming here?

Please do me a big favor. If you come here, leave a comment on this post as sort of a virtual roll-call. You can just say “Yo”, or “here”, so I know you really exist. Thanks.

“Not sure how long this is going to last, but if you’re so inclined, right now you can get your hands on a zip file of the six new fonts that were commissioned for Longhorn Vista. Above you can see the likely replacement for Verdana / Tahoma, called Calibri. To learn more about what makes these fonts special, check out this article at Poynter Online. According to a comment over at digg, these fonts also work on OS X. Here’s the link.” 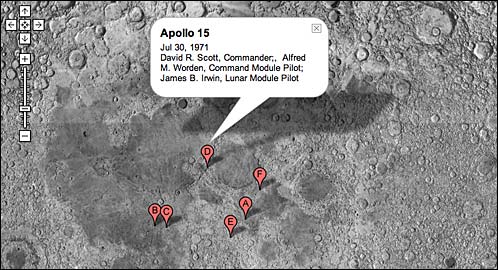 A friend forwarded this to me in an email. It sounded like a reasonable thing to do, so I thought I would post it here…

“Paramedics will turn to a victim’s cell phone for clues to that person’s identity. You can make their job much easier with a simple idea that they are trying to get everyone to adopt: ICE.

ICE stands for In Case of Emergency. If you add an entry in the contacts list in your cell phone under ICE, with the name and phone no. of the person that the emergency services should call on your behalf, you can save them a lot of time and have your loved ones contacted quickly. It only takes a few moments of your time to do.

Paramedics know what ICE means and they look for it immediately. ICE your cell phone NOW!

Please pass this one along”