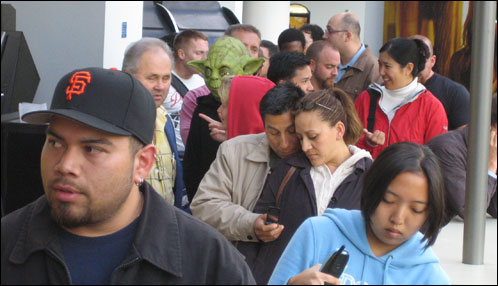 I think this one is the best of the three new ones. I’m actually giving it 5 stars. Don’t get me wrong, there were a few reasons to knock the rating down, but all things considered this was a fitting end to the saga. It had an awesome opening sequence, and the ending tied all things up in a neat little package, setting the stage nicely for Star Wars. The middle, on the other hand, felt long and could have used some editing. The dialogue was terrible, but all the Star Wars movies had that problem. George Lucas isn’t exactly known as a wordsmith.

Overall I thought the good by far outweighed the bad, and Star Wars III is definitely a must see.