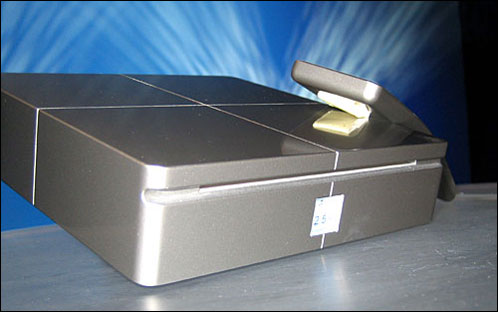 Yesterday, Intel unveiled it’s new concept home entertainment PC at the developers conference down the street, at Moscone Center. I would have to say it’s looks very, very familiar.

According to a report on CNet News.com, it’s unlikely that Intel itself would build such a device, and thus far, the concept PC is just a piece of plastic, with a mock clock display, optical drive, and USB, audio and FireWire port connectors.