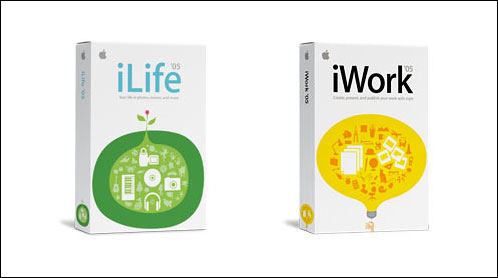 Today, Apple also announced iLife ’05, and iWork ’05. iLife has some fairly significant updates to iPhoto, iMovie, iDVD, and Garage Band. iWork has an updated version of Keynote (v2), and a new wordprocessing app called ‘pages’. The two sets of apps will cost $79 each.

Apple seems to be trying to put out Apple-alternatives to all of the Microsoft Office apps. The only thing missing is Excel. I hope this effort doesn’t result in Microsoft stopping development on Office for the Mac.

In addition to these apps, Apple also announced Final Cut Express HD. The upgrade will be only $99. It will bring high definition editing to Apple’s pro-sumer video editing software. Final Cut Pro already had HD. The new Express will also include Apple’s SoundTrack.