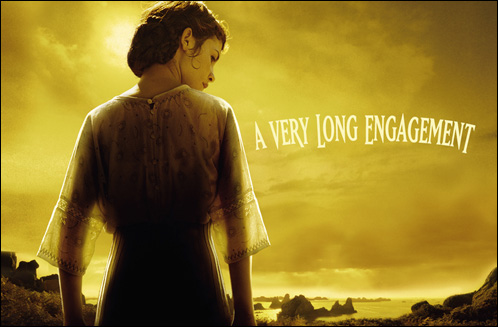 The other day we saw A Very Long Engagement. It stars Audrey Tautou, of Amélie fame. It was directed by Jean-Pierre Jeunet, who also directed Amélie, which isn’t surprising because the overall style of story telling is very similar to Amélie. It also used some of the other cast members.

Overall I liked this movie, it was very well done. I was a little disappointed at the time because I didn’t realize it was such a serious movie. I had only seen one teaser trailer for it, and my impression was that it was a little more light-hearted. It has a few funny moments, but it is definitely not a comedy. It also has a french speaking Jodi Foster in it, which was a bit surprising. She only has a small part, but it was interesting to see her in this.