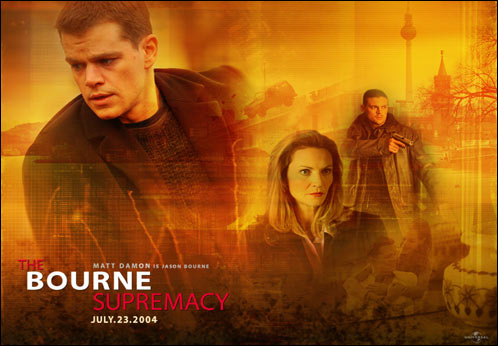 Last night we went to see “The Bourne Supremacy”. I would have to say it was just OK. There really wasn’t anything special about it. I do think it could have used a bit more editing though. It felt like one long chase scene, with no real breaks. I wouldn’t really recommend The Bourne Supremacy, but I wouldn’t discourage someone from seeing it either. I thought the first one (The Bourne Identity) was a better movie.