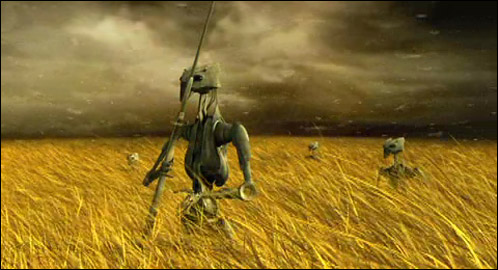 Doug Chiang (DC Studio) has spent several years producing a “movie book” called Robota. He has along the way made some very cool trailers for the book. The trailers were so good infact that there was some confusion on whether he was making a book, or a movie. I’ve checked in on his progress from time to time because I like the movies so much. The book was released last year (2003). I highly reccomend checking out his site.