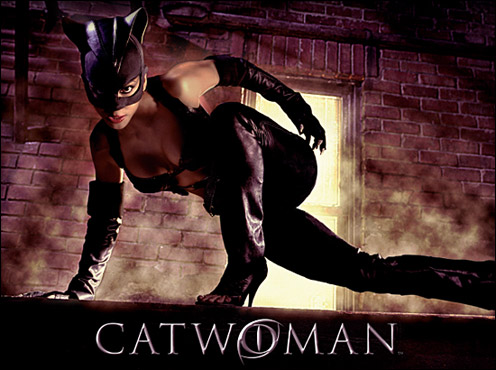 anne marie and I just got back from Catwoman, the new Halle Berry movie. There’s two hours I’ll never get back! I went in with very low hopes, and was still disappointed. The story was terrible, it was simply one music montage after another. The dialogue actually made The Chronicles of Riddick look good, if you can believe that. The action sequences use a 3D version of Halle that would have looked good in a movie done entirely in 3D, but mixed with live action they didn’t really work. This movie relies entirely on Halle’s cleavage. Strong thumbs down on this one.